Why the centrifugal fan can determine the reverse mode

Summary:Since the motor is directly connected to the equipment, its direction of rotation is very important. It is stipulated in...

Since the motor is directly connected to the equipment, its direction of rotation is very important. It is stipulated in the product standard of the motor that if there is no special mention, the motor should rotate in a clockwise direction. But the centrifugal fan can determine the reversal mode of the motor, let's understand the theoretical knowledge of the centrifugal fan to determine the reversal mode.
If the motor does not rotate according to the design direction, the temperature rise of the motor windings will rise sharply, which will cause damage to the motor bearing system, that is, the bearing grease will degrade and fail, causing the bearing to be damaged due to lubrication failure, and the winding will be overheated and burned in severe cases. For motors with rotation direction requirements, the motor manufacturer should fully communicate with the user to avoid similar problems. So we need to match the centrifugal fan with the fan. 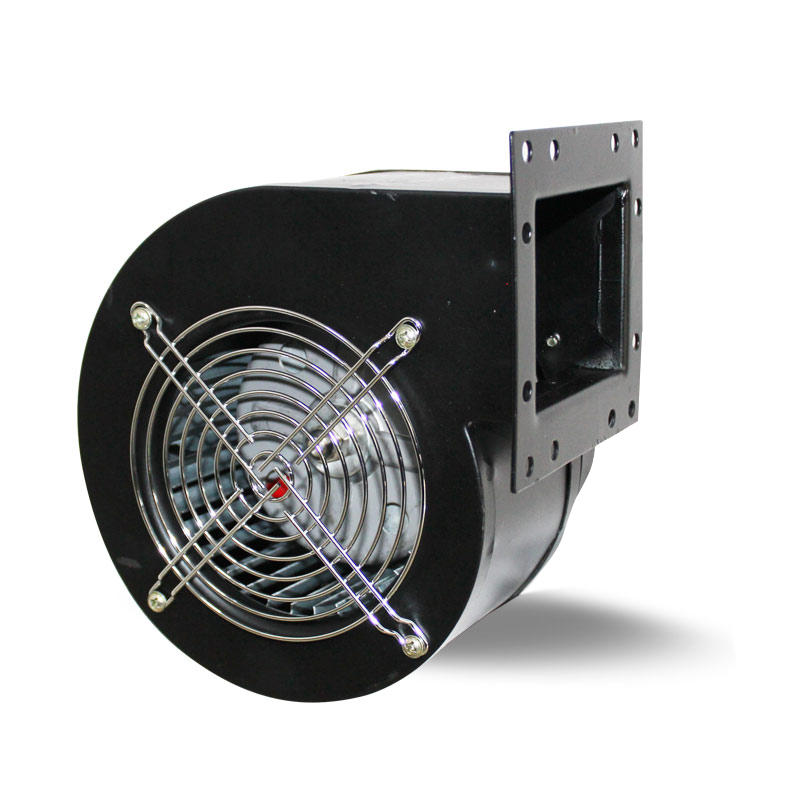 The number of fan blades of the motor is odd: this is because odd-numbered blade combinations can bring more performance advantages than even-numbered blade combinations. If the number of blades is an even-numbered design and a symmetrical arrangement is formed, it will not only make it difficult to adjust the balance of the fan itself, but also easily cause more resonance when the fan rotates at high speed, which will make the blades unable to withstand resonance for a long time. Due to fatigue, blade breakage will occur later. Therefore, most axial fan designs are asymmetrical odd-numbered blade designs.
Centrifugal fans are common in the field of heat dissipation, and small centrifugal fans are used to call turbo fans. The gas flow direction of the turbofan is perpendicular to the rotating shaft, while the gas flow direction of the common axial flow fan is parallel to the rotating shaft. Compared with the traditional cooling fan, the centrifugal fan can output a larger air volume in a smaller space and improve the heat dissipation effect. However, the machining accuracy of centrifugal fan blades is higher than that of ordinary fans, and the noise generated when the impeller has dust accumulation or high-speed operation is also greater.
A centrifugal fan is driven by a motor to rotate the impeller. The blades in the impeller force the gas to rotate, do work on the gas and increase its momentum. The gas is thrown around the impeller under the action of centrifugal force, and the kinetic energy is converted into pressure through the vortex casing. Yes, when the gas in the impeller is discharged, the pressure in the impeller is lower than the pressure in the air inlet pipe, and the new gas is sucked into the impeller under the action of the pressure difference, and the gas is continuously discharged from the fan.